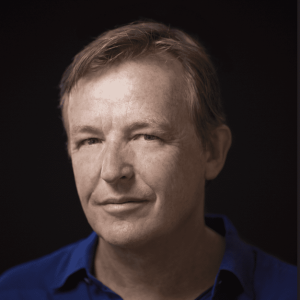 Chris Anderson is the curator of TED, a nonprofit media organization that leverages the power of ideas to make a better future. Chris was born in a remote village in Pakistan in 1957. He spent his early years in India, Pakistan and Afghanistan, where his parents worked as medical missionaries, and he attended an American school in the Himalayas for his early education. After boarding school in Bath, England, he went on to Oxford University, graduating in 1978 with a degree in philosophy, politics and economics.

Chris then trained as a journalist, working in newspapers and radio, including two years producing a world news service in the Seychelles Islands. Back in the UK in 1984, Chris was captivated by the personal computer revolution and became an editor at one of the UK’s early computer magazines. A year later he founded Future Publishing with a $25,000 bank loan. The new company initially focused on specialist computer publications but eventually expanded into other areas such as cycling, music, video games, technology and design, doubling in size every year for seven years.

In 1994, Chris moved to the United States where he built Imagine Media, publisher of Business 2.0 magazine and creator of the popular video game users website IGN. Chris eventually merged Imagine and Future, taking the combined entity public in London in 1999, under the Future name. At its peak, it published 150 magazines and websites and employed 2,000 people.

This success allowed Chris to create a private nonprofit organization, the Sapling Foundation, with the hope of finding new ways to tackle tough global issues through media, technology, entrepreneurship and, most of all, ideas. In 2001, Sapling acquired the TED Conference, then an annual meeting of luminaries in the fields of Technology, Entertainment and Design held in Monterey, California.

Chris left Future to work full-time at TED, and under his continued stewardship over 3,600 talks and animated lessons have been released free on the TED website, with 100,000 more on YouTube. He is the author of the New York Times bestseller TED Talks and has overseen the introduction of TEDx, TED-Ed, TED Fellows and the Audacious Project, a new form of collaborative philanthropy. He is a founding partner of Countdown, a global initiative to champion and accelerate solutions to the climate crisis, turning ideas into action.